IT security is like a multi sport race that never ends. In this race there are many milestones to be achieved by going through a wide variety of exercises. While Red Teaming is only one of many exercises keeping your IT security team fit it is one of the most challenging and insightful. This article is meant to describe what is Red Teaming, who and when should apply it and how it is executed. If you find this article useful – share it.

+ What is Red Teaming

Red Teaming can be described in many ways, but in most cases it is described as an IT exercise meant to simulate a real world cyber attack. The actual way such an exercise is performed might vary due to many variables, but in general Red Teaming involves multiple steps which are meant to analyze the target organization, infiltrate it’s IT systems and achieve a pre-defined goal (gain access to certain systems, “borrow” some documents, read sensitive correspondence, etc.). The purpose of a Red Teaming exercise is to understand if the target is prepared to withstand a targeted cyber attack and what can be done to increase the resilience against such attacks.

+ Who and when should perform Red Teaming

Since Red Teaming is mostly focused on simulation of a targeted cyber attack, this activity is most relevant to organizations that fall under at least a couple of the following criteria:

As mentioned earlier, Red Teaming is just one of many exercises. Like in sports, some IT security activities yield best results when performed in a certain order. To better understand when is the best time to perform a Red Teaming exercise, let’s take a look at the landscape of IT security related steps that can and should be performed. To do so, we will use CIS controls. 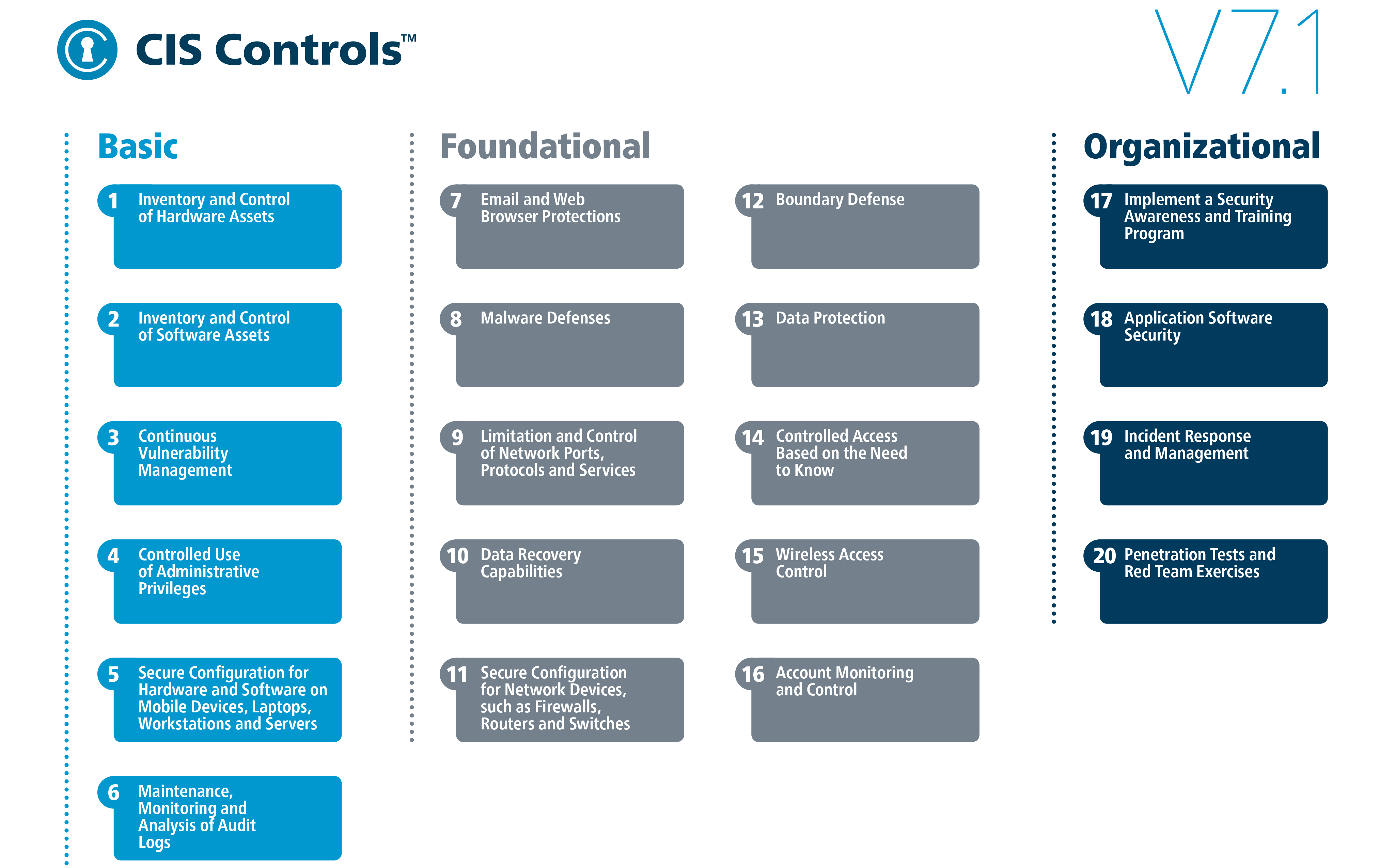 As you can see from the graph above many steps should be performed before executing a Red Teaming exercise. It does not make sense to perform Red Teaming before making sure that your team has at least a chance to detect and defend against such an exercise similarly as it does not make a sense to attempt to withstand a bullet without any armor (not even a T-Shirt!).  Therefore, it is recommended to embrace Red Teaming exercises only after you are properly prepared and your IT security teams’ seat belts are properly fastened.

Since Red Teaming is quite a complicated exercise it needs to be orchestrated properly in order to achieve best return on investment. The following flowchart illustrates the core stages of a Red teaming project.

The following list covers the main steps performed during a preparation of the Red Teaming exercise:

Along the common paperwork, a letter of authorization (LOA) is prepared so that in case a Red Team member is caught (usually relevant in cases when physical attacks are performed) there are no misunderstandings or legal consequences.

The white team usually consists of just a few members from the target organization who is aware of the exercise and is meant to oversee the process. The Red Team (internal or external) consists of cyber security specialists who are actually performing the exercise – attempt to breach the target company’s IT infrastructure.

The actual scenario might vary on a case-by-case basis, but a fully fledged Red Teaming operation usually covers all of the Advanced Persistent Threat’s life cycle steps, starting with the initial reconnaissance and finishing with exfiltration of confidential data.

Each step of a Red Teaming engagement can be briefly summarized as follows:

During the feedback stage the Red Team presents its findings and helps the Blue Team to learn about counter measures which could allow to detect and properly respond to a similar attack. Depending on the agreement, Red Teamers repeat the intrusion step by step together with the Blue Team in order to help them to understand the mindset of an attacker. Such a combined exercise (also known as Purple Teaming) usually yields better results and increases the organization’s readiness against future attacks.

While the idea of a Red Teaming exercise is to simulate a real world cyber attack against the target organization’s network the main goal is not to show that it is possible to get inside no matter what, but to:

Therefore, the value of a Red Teaming exercise comes from the education based on relevant examples allowing companies to better prepare for upcoming cyber attacks.

If you think we can help you in any way – contact us now!