In case of a successful compromise the next important step is to make sure the access to the infrastructure can be sustained. Here the magic of persistence comes into the play. In this article we will take a look at some of the most common approaches used by attackers (and thus re-used by Red Teamers) to maintain persistence once the initial breach happens. In upcoming sub chapters of this section we will dive deeper in actual attacks.

Most of the data breaches happen remotely and that’s why in most cases the persistence techniques are software based. While some of them are purely based on configuration changes of the affected system or environment, others require some malicious software to be deployed. However, the best result is achieved by using a combination of these two approaches.

Complexity of modern operating systems leaves a lot of venues for malicious configuration changes which might allow intruders to remain hidden and present within the infected host or network. The following list is just a brief summary of some configuration changes allowing to sustain or enhance a prolonged access to the target infrastructure.

While most professional attackers and Red Teamers are capable of performing necessary configuration changes manually (which sometimes is more effective in terms of evasion), they usually automate such activities through scripts and their malware. Some open source tools, such as Powersploit’s persistence module (mirror) is accessible publicly making this task easy to perform even for newbies.

There are very few cases when a data breach does not involve some kind of malware. APTs and Red Teamers use malware (sometimes called implants, agents, etc.) to maintain access to a compromised system and to help navigate through the network. Let’s check some of the properties a common piece of malware posses.

The actual form of a particular piece of malware might vary, but in most cases it comes in a binary format (Windows PE, Linux Elf or Mac Mach-O) or some sort of a supported scripting language’s code snippet (Powershell or Batch for Windows, Python or Bash for Linux/Mac OS).

In some cases persistence within the environment is achieved by placing specialized hardware. Such hardware is capable to interact with the local network in a wired or wireless way. Attackers/Red Teamers can access this device remotely and leverage it for infiltrating the network. While it is often possible to reuse the target’s network (to which such a device is connected to) for remote access, devices which are capable to provide unfiltered access via 4G mobile network are considered more stealthy and effective. An example of such a scenario is provided below. 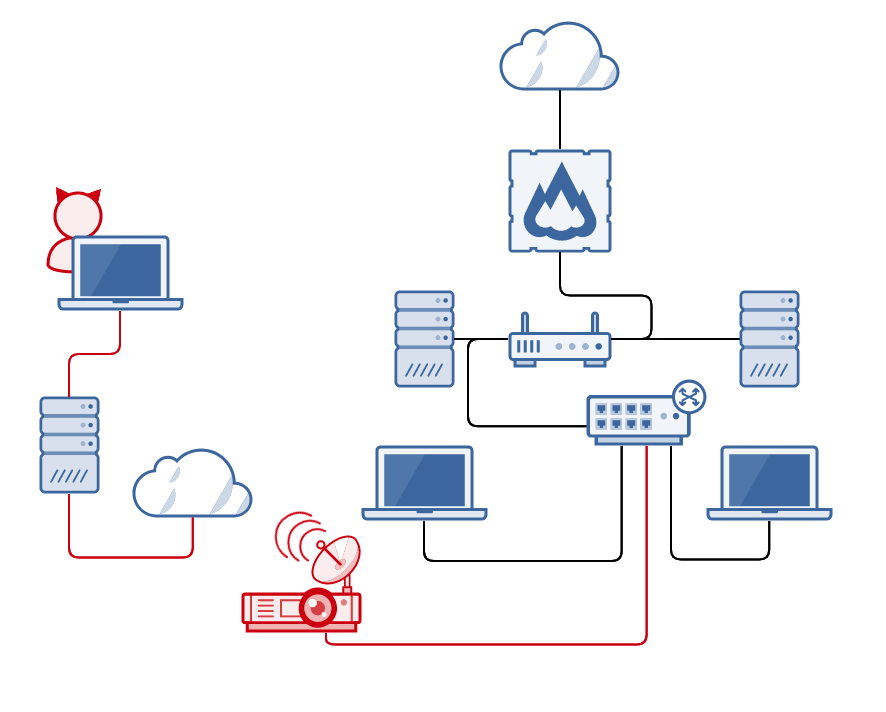 A couple of real world examples of such devices are provided below (a specially prepared Raspberry Pi and a WiFi Pineapple available on Amazon DE, Amazon UK or at the original Hak5 US store). 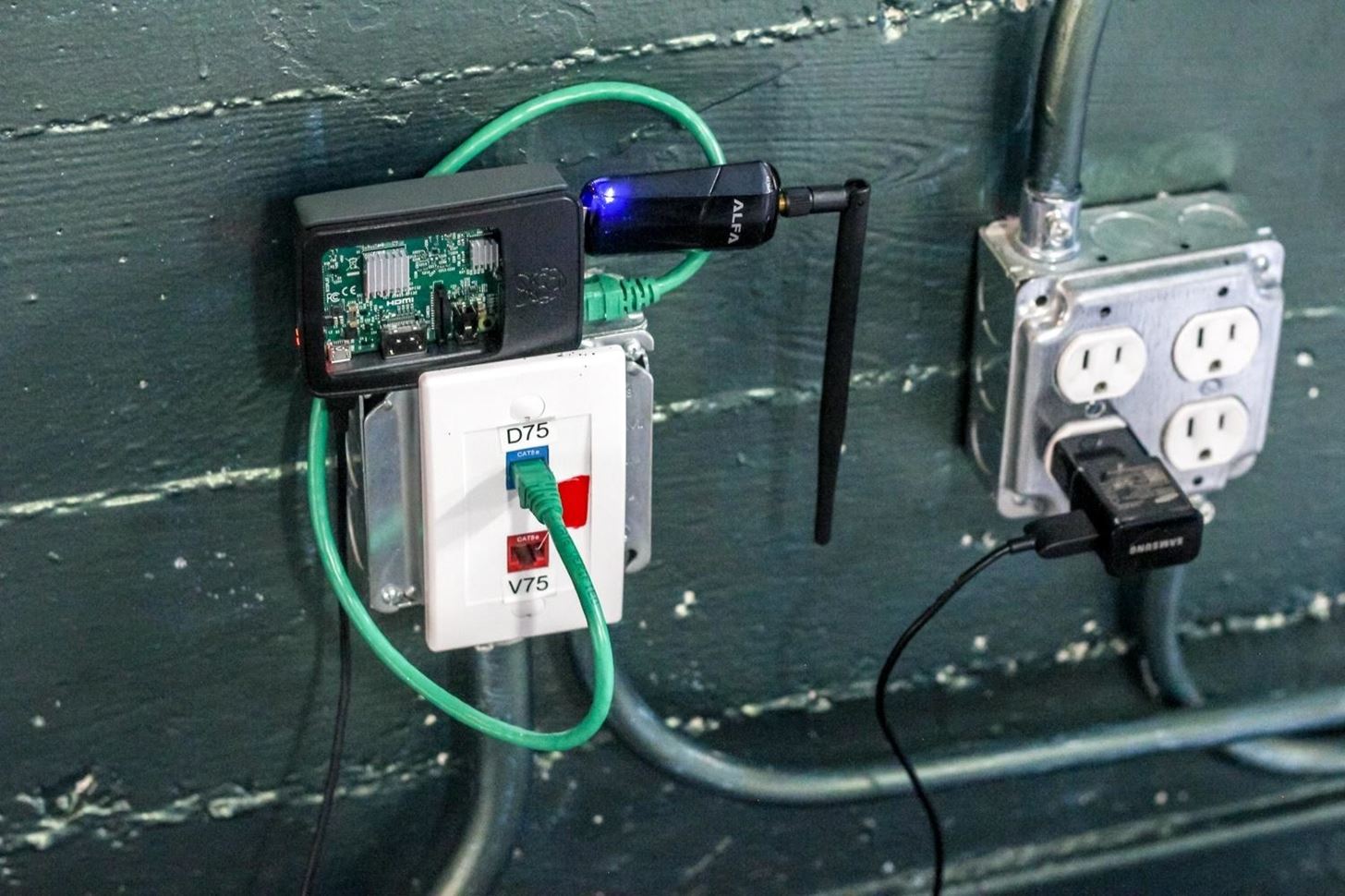 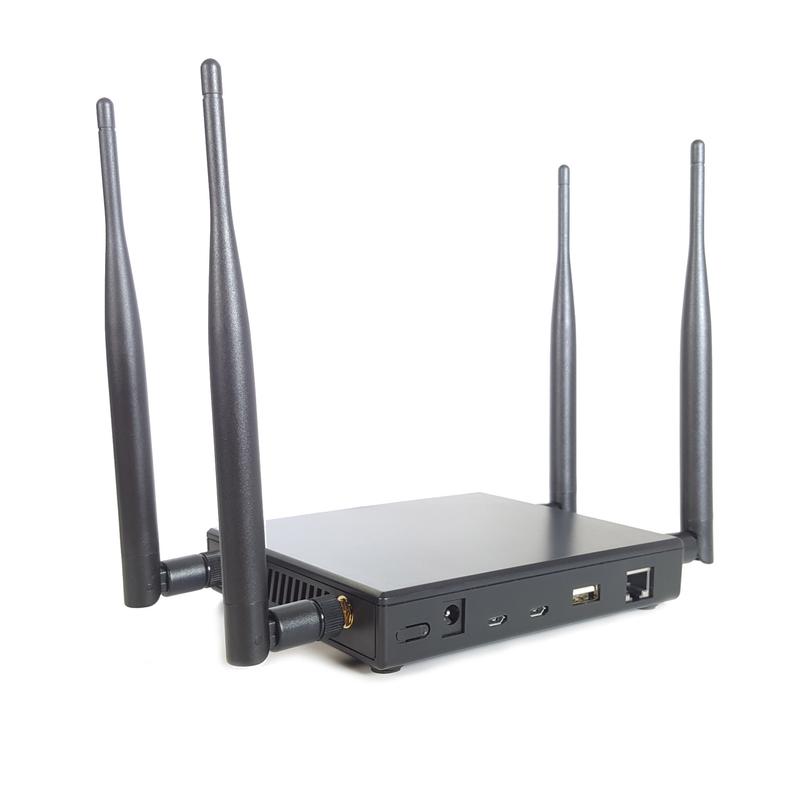 Defensive measures depend on the persistence mechanism that is used. For software based persistence mechanisms a combination of countermeasures, such as Antivirus, Firewall, Intrusion Detection/Prevention systems, proactive monitoring and analysis through SIEM can be used. For hardware based persistence threats active monitoring of network devices and up to date inventory list of digital assets can be used as the first line of defense.

In both cases anomalies and deviations form a baseline established within the company should be investigated and mitigated as soon as possible to minimize the impact of a potential breach.